What's New Going on with Reasonable Suspicion Testing and Opioids?

What new semi-synthetic opioid testing means to your transportation workers 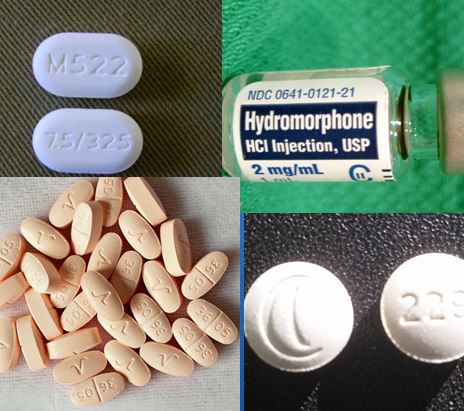 You will now find mention of these substances in reasonable suspicion training for DOT supervisors.

Due to concerns about the increasing opioid epidemic in the United States, the DOT added the medications hydrocodone, hydromorphone, oxymorphone and oxycodone to the list of prohibited substances that employees can use who are regulated by DOT regulations.

Other drug and alcohol awareness training for supervisors need not mention these substances in training, and we have excluded it because the content lengthens the program without contributing to the supervisor's knowledge and skill base for confronting workplace substance abuse.

All drug screens of at least federal employees governed by DOT drug testing policies and regulations are now screened for these substances. The new drug screening panels also allow the DOT to follow new mandatory guidelines from the Department of Health and Human Services.

For many companies, the addition of these medications won’t change anything. There really isn’t much to know as a supervisor because signs and symptoms are similar to other opioids. The word “opiates” is no phasing out of usage, and the preferred top “opioids” has taken its place.

A considerable number of trucking companies with testing programs that go above the DOT protocols are ready testing for these drugs, but in private industry it is still not required throughout business and industry as a minimum standard. But for others, the inclusion of popular prescription pain medications could create employee questions and concerns.

During the review process, some industry professionals raised concerns that drivers with a legitimate prescription and medical condition for these opioids could be at risk for losing their jobs. The biggest concern was that a medical review officer may inform a driver’s company of his medical condition amid fear that taking the pain medication may put him at a higher safety risk.

Semi-synthetic opioids are often prescribed to people with cancer or patients recovering from surgery. Over the last 20 years, physicians increasingly began to prescribe these powerful medications to people with chronic pain, such as arthritis.

Because these medications have been proven to be very addictive, physicians now prescribe the medication less frequently for chronic pain, and measures have been put into place to determine if patients are abusing the medication. Recovering alcoholics or drug addicts should working closely with an addictions knowledgeable physician before making use of these substances. They can precipitate alcoholic relapse easily.

Some patients have turned to street-level opioids when their physician has cut them off because of abuse. Semi-synthetic opioids are readily available on the street, often manufactured by illicit labs located outside the U.S.

If your DOT supervisors have already received general alcohol and drug abuse training, you many want to delve a little deeper into heroin, methamphetaminee, marijuana, or fentanyl education. All of this content can aide supervisors greatly because signs and symptoms are discussed with much more depth related top opioids, pot, and speed.

Supervisors with DOT supervisor training and reasonable suspicion training should already be aware of these drug test changes. Employees should be made aware of the new drugs on the test, especially those with chronic pain issues or who have recently returned to work after surgery. Any employee who is concerned he has a problem should be referred to the company’s Employee Assistance Program.