Requirement of the Department of Transportation (DOT) Reasonable Suspicion Training:

In some cases, the law requires reasonable suspicion training. For example, organizations that employ DOT-regulated workers are required to have supervisors take a 2-hour DOT Reasonable Suspicion Training course. This course does not have to be a dry, "facts-just-facts" experience for supervisors. It may include open ended discussion, and in fact, this is often how supervisors learn.

Reasonable suspicion training makes good business sense although for the longest time this believed to be not the case and those who were against drug testing fought this research long and hard. They eventually lost the argument however. The case is overwhelming positive in support of drug testing. Drug and alcohol abuse costs organizations billions of dollars each year in lost time, accidents, lawsuits, and low productivity. 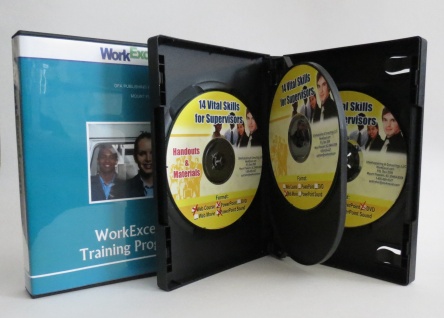 DOT online training is available as a stand alone web course for your supervisors. These courses are yours to keep and use forever. We do not charge fees and licensing subscriptions. Instead, we give you the course to put on your server with no additional fees or licensing requirements.

Most Department of Transportation (DOT) agencies require all supervisors designated to supervise safety–sensitive positions to learn about the signs and symptoms of drug abuse and alcohol misuse.

49 CFR 382.603 is the applicable regulation requiring supervisors, of commercial motor vehicle drivers who operate vehicles that require a commercial driver license, to take 60 minutes of training on the symptoms of alcohol abuse and another 60 minutes of training on the symptoms of controlled substances use. The purpose of this training is to teach supervisors to identify circumstances that may create reasonable suspicion that a driver is using or under the influence of alcohol or drugs.

Mistakes supervisors make after referring an employee for a drug test

Common mistakes made by some supervisors after referring an employee for a drug test can undermine safety in the organization and the inability to reduce risk of workplace substance abuse. Some of those mistakes are provided below:

• Undefined rules - In order to create an effective employee drug testing program, rules must be clearly defined and communicated to employees.

• Lack of compliance - Managing a drug testing program is a very complex task. Most companies do not intentionally evade laws, but noncompliance often happens unintentionally.

• In-comprehensive screening - Lack of comprehensive drug screening is quite responsible for employee drug use after completion of the hiring process.

• Wrong test choice - Employers should consider the relevant factors like - cost, duration of administering the test, length of time before results are available, etc. while selecting the test.

• Lack of confidentiality - All information, interviews, reports, statements, memorandums, and drug test results received by the employer through a drug-testing program should be considered confidential information.