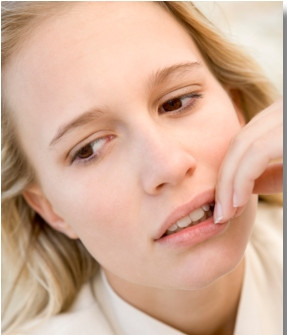 Presenteeism is also known as "coming to work sick" or being at work while sick. Because employees are often being forced to do more with less, and penalties for being away from work can cause work to pile up higher and deeper, presenteeism is a growing problem for the modern workplace.

Presenteeism doesn't just mean that you are coming to work with a head cold, achy, and having difficulty concentrating with a stuffy nose. Presenteeism can mean much more. Depression, suffering from abuse, experiencing symptoms of behavioral medical problems, or suffering with overwhelming psychological stress on the job constitutes being at work while sick. It's all presenteeism.

Employee Assistance Programs can play a major role in helping reduce presenteeism, and education and awareness is a start.

The value of presenteeism education is helping employees gain self-awareness so they self-diagnose sooner and prevent problems earlier. The idea is to impart knowledge that increases their willingness to help help for personal problems sooner before health suffers even more and along with it, workplace productivity.

From the the program:

No matter what industry, there has always been a significant number of employees who show up to work no matter what. They come to work sick, after they’ve lost a loved one, or just to prove they are tough and resilient. This phenomena is called “presenteeism,” and it should be on your radar.

Every manager knows that employees who aren’t feeling their best make mistakes, and in some industries that means injury or even death. But honestly, until the world was plunged into a global pandemic, many business owners and supervisors didn’t worry about it much. Often presenteeism isn’t noticed. If your employee isn’t complaining about having a migraine or asthma, you probably wouldn’t even know.

Presenteeism quickly became an issue over the last year due to the global COVID-19 pandemic. Virtually every industry that has essential workers began to find out quickly that presenteeism could cost lives and shut down the entire business until sick employees got well.

Although the pandemic put the spotlight on the dangers of working while sick, researchers have been busy finding out that employees powering through an illness at work may cost even more than absenteeism, according to a recent article in the Harvard Business Review. Recent studies found that a sick employee showing up to work may only be a third as productive as they are when they are well.

The research results indicate that presenteeism is on the rise, especially in industries that cut costs by trimming employee health care benefits. Making it more difficult for employees to afford or have access to health care, especially for chronic conditions, is linked to an increase in presenteeism. With so much productivity lost, these cuts end up costing companies more, according to researchers.

Studies aren’t clear that pumping more money into health care will completely solve the problem of presenteeism. Some companies are finding several different strategies seem to be helping.