DOT Reasonable Suspicion Training PowerPoint -- Should You Insert Information on ​Internet Drugs: What Parents Should Know

Should a class full of supervisors waiting for a DOT Reasonable Suspicion Training PowerPoint to start also be given a little bit of information on teen substance abuse? I think they should. After training supervisors, educating employees, and running a 25-bed hospital for teen drug addicts in Los Angeles, I am convinced that the crossovers, although not obvious, must be examined and information given to these folks just for few minutes a long with a hand out on teen substance abuse. Seriously, just use 90 seconds. That is all it takes to make an impact and give them a substance abuse handout.

Think about it. Adults with kids waiting for training and getting information to help them spot substance abuse, while the trainer complete remains silent about a problem some of these parents are facing at home, but perhaps don't know it -- there kid buying drugs on the Web. Oh man. It does happen. So let's just jump into it and talk about it. You can get a free download here and along with your DOT Reasonable Suspicion Training PowerPoint, throw in this handout. No one will complain. I assure. The handout is free. 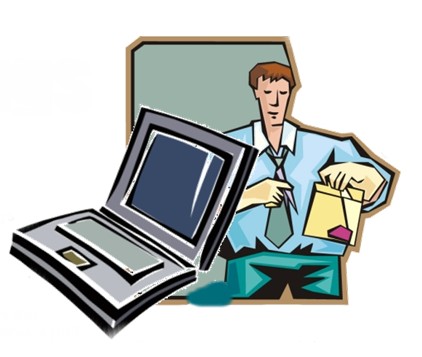 Instead buying drugs on sketchy street corners in bad neighborhoods and dangerous alleys behind nightclubs, more illicit drug users are turning to the internet to “score” their drug of choice.

You can buy pretty much anything you want online, including powerful opioids, Adderall and synthetic compounds that change their formulas frequently and ever so slightly to stay a step ahead of the law. All it takes is a few clicks to have a package on the way to one’s front doorstep.

Most online dealers hang out on the “dark web.” The dark web is only ac-cessible via a special browser called Tor that makes its user anonymous and extremely difficult to trace. The dark web is rife with drugs, child porno-graphy, illegal services, stolen identity information, and other illegal activities.

People who seek drugs online take extra steps to cloak their identity by paying with cryptocurrency such as bitcoin and using an untraceable email address.

But although the dark web is a haven for drug activity, a U.S. Senate inquiry found that some drugs, specifically opioids, can be found and purchased through a simple Google search. Recently, when members searched for “buy fentanyl online,” hundreds of websites popped up. Fentanyl is an opioid 100 times stronger than heroin that has been responsible for thousands of overdoses across the United States.

In addition to opioids, legal drugs like salvia, K2, and bath salts are also

easy to buy online. Salvia, a plant grown in Mexico, produces hallucinations and distortions of reality so severe that others must standby to prevent harm to the user. State laws vary on whether the drug is legal to possess, making online sales legitimate. And the laws change constantly.

Many illicit drug sites that you can find on common search engines are based in China. Although the Chinese government has cracked down on online drug sales—with the death penalty—the incentive to sell illicit drugs is high. Illicit fentanyl at $6,000 an ounce can sell on the street for $1.6 million.

Makers of K2, or synthetic marijuana, change up formulas to stay just within the law, too. K2, also known as spice, is a mix of industrial chemicals sprayed on dried plant material.

These are good things for adults as well as parents to know. So, I suggest taking a bit of the copy from the tip sheet on online drug sales here, and insert it into your DOT Reasonable Suspicion Training PowerPoint.

The chemicals are designed to mimic THC, the active ingredient in marijuana. Users are not exposed only to hazardous chemicals, but also to potentially unsafe levels of synthetic THC. If fentanyl is mixed with any substance, the result could be death for the user.

Synthetic cathinones, commonly known as bath salts, can also be legally purchased online. The drug mimics the effects of the khat plant, which produces a mild stimulant high. Like K2, makers substitute chemicals to mimic the khat plant’s properties. A bath salts overdose can result in death, and the drug is addictive.

Buying online drugs through the worldwide web can be traced by law enforcement, but with so many transactions taking place, it’s unlikely that a buyer will be caught. Websites shut down and pop back up again under another name to avoid detection.

To keep your children from buying drugs online, it’s important to have access to all their electronic devices. Here’s what to know:

If you or a loved one has a problem with drugs, help is available. Call your Employee Assistance Program to discover counseling, treatment, and other options to get back on the road to better health.
comments powered by Disqus