We're adding Fentanyl information to the DOT Reasonable Suspicion PowerPoint, beginning next week. We will take the content directly from our Fentanyl program.

Unless you’ve been living under a rock, you are aware that the United States is in the midst of an unprecedented opioid crisis. Pain medications like hydrocodone have long been the focus of news, but a much stronger version of the pain killer, fentanyl, has begun stealing the spotlight. We think it is important to add drug awareness for this illicit street drug to the all the formats.

You're not going to see fentanyl sitting on a counter, or watch an employee climb out of a truck cab under the influence of this substance know it. You are more likely to hear about an employee in a morgue who overdosed on it because of how powerful it is.

Still, it’s important for supervisors to be informed about this drug, because lives of unsuspecting employees could be at stake if fentanyl is in your workplace. But what's the workplace connection? Simply this: Since many illicit drugs are sold at work between employees, as well as on the street, awareness is simply a smart part of being a diligent supervisor. So, have some facts.

Fentanyl is a prescription pain killer that’s 50 to 100 times more potent than morphine. It's what helped kill Prince, the legendary rock star. 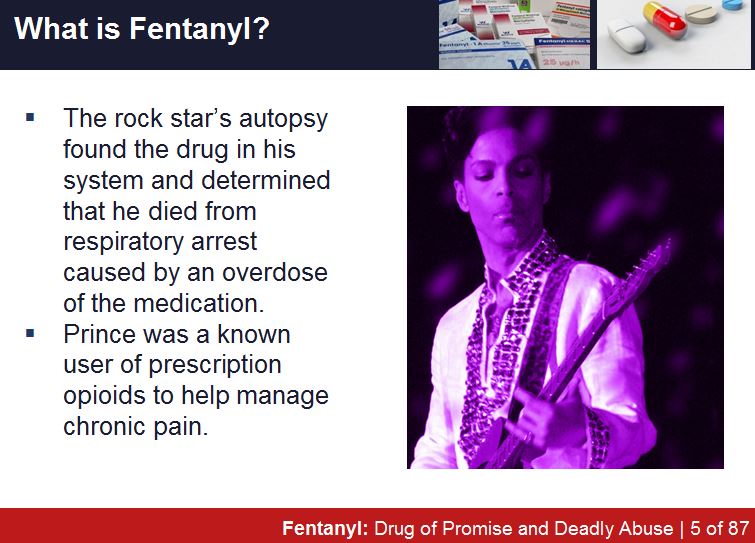 It’s most often used for post-surgical pain and extreme chronic pain. When prescribed by a doctor, it’s taken as a lozenge, injection or a patch. However, illicit drug manufacturers have made fentanyl a street drug. Street fentanyl can be ingested as a tablet or blotter paper, or snorted as a powder.

The problem with fentanyl is that overdose risk is very high, not only for the drug user, but for anyone who comes in contact with it. First responders have overdosed on fentanyl simply by having some of the powder rub off their skin. Without a quick dose of naloxone, a drug that reverses fentanyl’s affects on the respiratory system, people exposed to it can die.

A recent report from the Centers for Disease Control and Prevention stated that between July 2016 and September 2017, opioid overdoses rose 30 percent in the U.S. Although this statistic includes all opioids, including heroin, it shows that the epidemic is getting worse.

Tougher prescribing guidelines for opioids have driven some addicts to the street to get pain relief or a high. It’s more difficult to judge the strength of street fentanyl, making overdose risk very high.

Unless you’ve had recent DOT supervisor training or reasonable suspicion training, you may not be aware of symptoms related to fentanyl abuse. Watch our for employees who seem very lethargic, suffer mood swings or seem to be packing on the pounds. Fentanyl abusers also can hallucinate or have abnormal thoughts. Employees complaining of pounding in the ears, chest tightness or a rapid heartbeat could be on fentanyl.

If you suspect an employee is abusing fentanyl, be very cautious touching his clothing or belongings. Make sure that employees know to avoid touching or inhaling any powdery substance that they encounter. 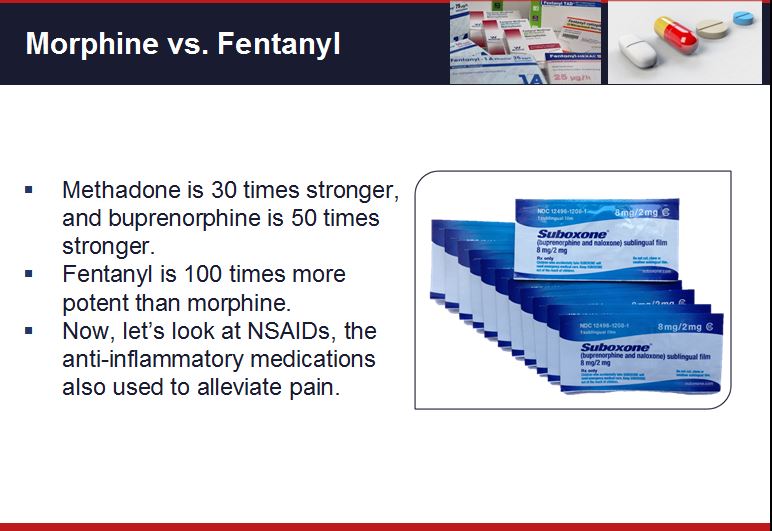 If an employee stops breathing, call 911 immediately. Fentanyl affects receptors in the brain linked to respiration, and an overdose usually involves respiratory arrest or distress. Follow the 911 operator’s instructions until help arrives.

The DOT Reasonable Suspicion Training PowerPoint is also available in DVD, Web video, ,Web Course (everyone will easily get trained because you send the link directly to them and the send/email/deliver the certificate of completion back.